But after de-serialization the string variable Text only has value string.Empty. After a little research, I found that using the following code segment to de-serialize can avoid the above problem:


For comparison, below is my old de-serialization code that causes lost of space:

Posted by Guogang Hu at 2:44 PM No comments: Links to this post

Email ThisBlogThis!Share to TwitterShare to FacebookShare to Pinterest
Labels: c#, work around, xml

Bought a new souped up computer or upgraded your computer recently. Did you notice that hibernate no longer works on your computer?

That is what happened to my new DELL Precision Laptop. I get a mysterious error message: "Insufficient System Resources Exist to Complete the API." Long story short, if your computer has more than 1 GB memory, Microsoft KB909095 is here for the rescue. Install it, the problem goes away instantly. Does not seem to have any side effects.
Posted by Guogang Hu at 1:56 PM No comments: Links to this post

Here come the nightmare again, having to test your application in X different browsers on Y different Operating Systems. You fumble to fix bugs for one specific platform and seeing your fixes screwed up totally in another platform.

Fortunately, this time, "I'm Feeling Lucky". I tried keyword "yui secure nonsecure" in google, and found an answer on the first page 3rd item, titled: "Bug in iframe shim code in 0.12.0 container.js?". It is only a one line change in container.js. But, I know it could take me a couple of days to narrow down to it. Thanks to Arun, it only took me 10 minutes to fix the problem this time.
Posted by Guogang Hu at 5:13 PM No comments: Links to this post

Email ThisBlogThis!Share to TwitterShare to FacebookShare to Pinterest
Labels: javascript

Posted by Guogang Hu at 3:36 PM No comments: Links to this post

IE7 Warning: "This page contains both secure and nonsecure items."

IE 7 come with much enhanced security features and tabbed viewing. But along with the enhancements, we (programmers) also see some new problems to work on. The one I will present below is especially hard, because it is not consistently repeatable.

Problem: serving page through HTTPS, IE7 shows the warning: "This page contains both secure and nonsecure items. Do you want to display the nonsecure items?".

According to past experience, there are 2 main reasons for this warning:
But the one I am facing has a new twist: the warning does not show up consistently. If I refresh the page by pressing "F5", only 2 out of 10 times, I get the warning.

Findings:
After some painful experiments, I found that the the source of the problem came from my use of YUI panel. I added a background image to the panel like this:
Guess what, this combined with JavaScript in YUI constitutes the new offense for IE7. According to MSDN Knowledge Base, Article 925014 , using "removeChild()" method to delete a DIV element that references a background image is considered "nonsecure itme". I suppose somewhere in YUI library my DIV is detached and wrapped into something else than attached to the HTML document again.

Solution:
There are 2 workarounds recommended in MSDN KB 925014. The second method meets my need very well. I just moved the specification of background image to CSS. This seems to solve the problem.


More:
It still puzzles me, as why this warning only appears 2 out of 10 times. Following "Workaround" in the article did fix the warning permanently.

Although I finally fixed the problem. I wish IE7 could have provided a little more hint in why it complains about the nonsecure content or the source of the nonsecure content. Better yet, IE7 should give developer's a way to see the rendered HTML content. As far as I know, the only thing I can do is to remove elements on my page one by one, until the warning is gone.

Email ThisBlogThis!Share to TwitterShare to FacebookShare to Pinterest
Labels: javascript

A Welcoming Breaking-Change in .Net Framework 2.0

Finally, after a few years waiting, Microsoft admits its implementation of DateTime serialization in web service is flawed, and made a breaking change to it. See the last item on this page: http://msdn.microsoft.com/netframework/programming/breakingchanges/runtime/xmlserial.aspx

In one sentence, under the old framework, only local time can be transmitted correctly by web service. If you save UTC time in database, and try to transmit using web service, bad luck. You will have to convert all the time in to your web server's local time, then send it out. And, on the other end, the receiving computer will have to convert again the date time to UTC time. And, under the hood the web server and receiving computer both did some conversion during XML serialization and de-serialization too. That is about 4 times CPU time wasted on the conversion that leads you back to where you started!!! Even worse, this behavior is not well documented in MSDN, and causes big confusion for developers.

I had to send an internal memo to all developers in my company to raise the awarness of this issue back in 2004. Really glad it finally gets attention and being resolved.
Posted by Guogang Hu at 5:39 PM No comments: Links to this post

srand() and threads in MFC

This is an old problem I only run into recently: You should call srand() for each and every thread that calls rand().

In its multi-thread version, the CRT implemenation in VC++6.0 will save seed to thread local storage. So, it is necessary to seed the rand() function in every new thread your program created. Otherwise, the random number sequence is same as if seeded by 1. This poses 2 serious questions:

Email ThisBlogThis!Share to TwitterShare to FacebookShare to Pinterest
Labels: gotcha, MFC, work around

I tried the transition channel in Macromedia Director MX 2004 recently. It
turns out to be quite tricky to use it correctly. At first, I just double clicked
in the score and selected a transition effect. And it works immediately. What
a relief, it is as easy as PowerPoint. Soon, I realized that I was wrong.

The first problems showed up after I tried to add some Lingo scripts to the
frame with transition effect.

First, I want the movie to loop on the frame until user clicks some
button. I find that the movie becomes extremely slow on this frame, and the movie takes about
50% CPU time. Then, in the "Using Director" online help, I found this
warning:
So, I have made a well-documented mistake here. That is the first
tricky issue I have with transition channel.

However, it took me longer than it should be to fingure out the above problem, because
I used the "Dissolve Patterns" transition effect. It won't show any visual changes
when I am looping the frame, although it still takes 50% CPU time to calculate
the transition effect. This fooled me into believing it only did the transition
once and stopped, and was not suspecious of the transition being the source
of performance problem on that frame. If I had used the "Cover Up"
transition, I should have seen the screen repeatedly rolling up, and discover
the problem in the first test run.

The second issue appears when I am trying to add a sprite to show me the current
frame number. I first added a text
member to the lower left corner of the stage like this: 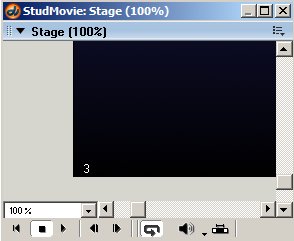 Then I added this behavior to the
sprite:

Again, the transition stopped working, the screen just freeze for 2 seconds (the default
duration used by the transition) then move on. I have not found any document
about this problem yet. But, my investigation showed that the offending code
is the highlighted line above. If I run the same code in enterFrame event handler, it won't be a problem. Or if I remove the line from prepareFrame handler, the transition will showup normally. I am not sure why is this a problem. For now, I will just avoid doing anything like this on a transition frame.

Posted by Guogang Hu at 4:23 PM No comments: Links to this post

But, can NOT: change firewall settings.


For the sake of completeness, I include Microsoft's list below.


Posted by Guogang Hu at 4:28 PM No comments: Links to this post

Recently, I discovered this tool. And it soon becomes the "must-have" tool for me. I develop web pages using ASP.NET. I always call HtmlEncode function before I insert any text from database to web page. But, there is one problem this function call won't solve. And I didn't notice this problem until I used the "HTML Validator" tool to inspect all the web pages I created.

In this case, I grabbed a piece of text from database and inserted it into the web page as tooltip. I called HtmlEncode function before inserting the text to the "title" attribute. Guess what, I forgot one thing: replace the single quote "'"! So, HTML like this can be generated.
<span title="'blogger's">space<font>

Of course it is wrong. You will only see this tooltip: "blogger". But, no web browsers have complained about this. And no users complained about this (well, they just don't know what they should see). I bet it won't be noticed by anybody not for this wonderful extension.

Link to this extension:
https://addons.mozilla.org/extensions/moreinfo.php?id=249&application=firefox
Posted by Guogang Hu at 10:17 AM No comments: Links to this post

I only have 3 Firefox extensions installed. FlashBlock is one of them.

Pros: It replaces flash animation with a button which user can click to start the flash content. Since 99% of flash contents on the web are Ads that just distract your attention from reading and slow down the CPU, this extension is a big saver. It also has a white list option to allow some customization.

Cons: Uninstall is not as easy as install. There are other known problems.
Posted by Guogang Hu at 10:32 AM No comments: Links to this post

Problem: Data validation in MFC is a bit difficult. We only get
a couple of DDV functions that left a lot to be desired. For example, there is
no easy way to make sure a “Dropdown Combo Box” is not empty.

Solution: After some searching in MSDN documents and
googling, I cannot find a good clean solution. But, I am inspired by the MFC
source code and found the following solution.


In the "DoDataExchange" function of your dialog, you only need to add a few
lines of code (highlighted below) to validate an empty combo box.
Following this logic, you can easily add more sophiscate validation logic, and
make sure the focus will be set to the control that you want user to change.


Another interesting discovery is that Visual Studio intell-sense won't show "m_hWndLastControl"
although it is public member of the class. Did I miss something here?


Why do I care about this obscure member of CDataExchange? Well, I
am trying to find a way to make sure the dialog will set focus on the correct
control after an error condition occurs. My first intent was to manipulate the
m_hWndLastControl or m_idLastControl member, thus lead
to the discovery. Eventually, I found out calling function PrepareCtrl
is a much better solution.


Definition of class CDataExchange in VC98 include:

Definition of class CDataExchange in VC7 include:

Posted by Guogang Hu at 3:27 PM No comments: Links to this post